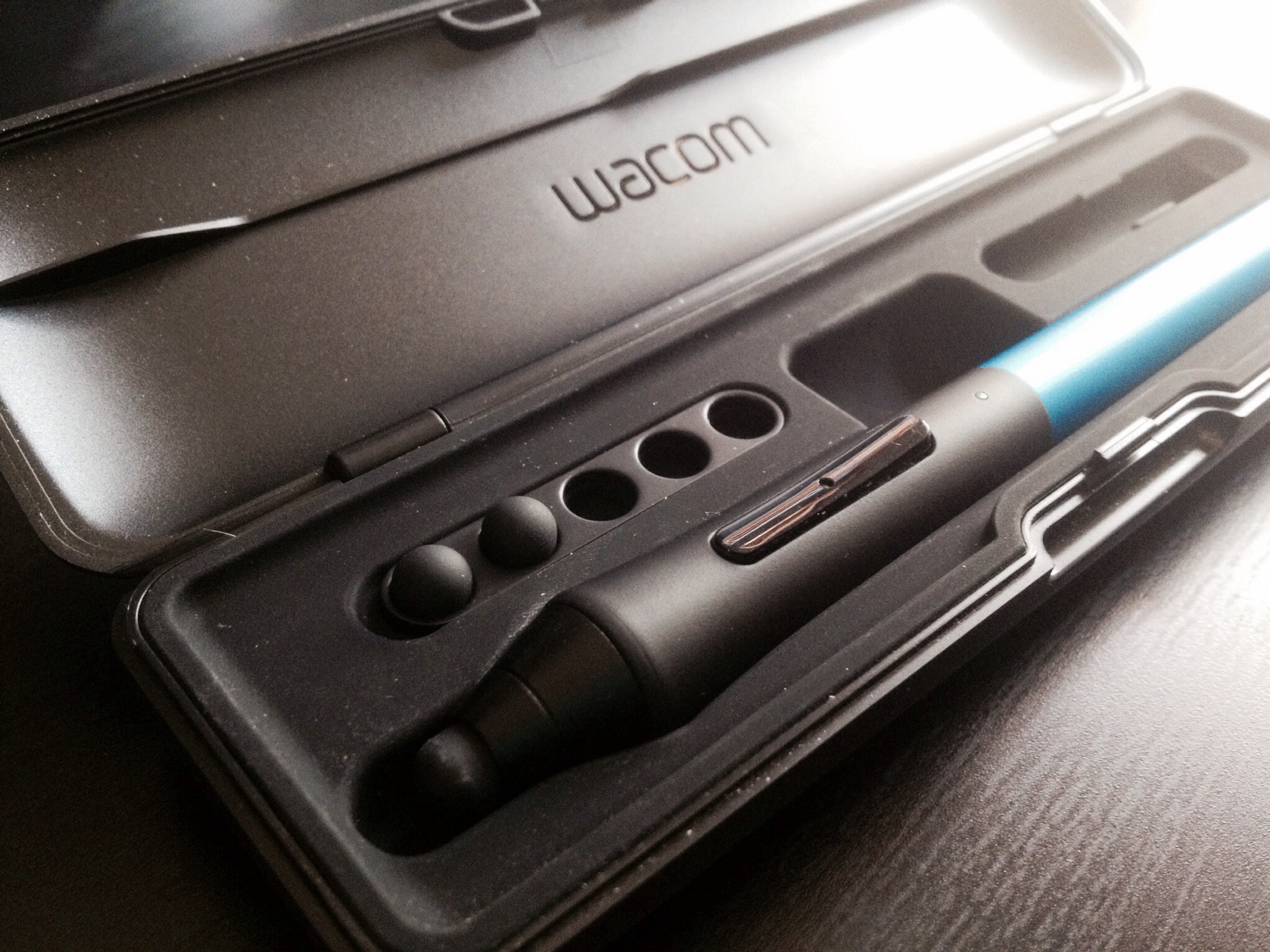 Let me be honest– when the Wacom Intuos Creative Stylus was first announced, I was pretty skeptical. It was at a higher price point than other similar styluses, and the need to use pressure sensitive styluses on my iPad had waned for me. (These are the perils of being a cynical, frugal artist.) Courtesy of the always fantastic DMALA, I had the opportunity to test one for myself.

Consider me incredibly surprised when this stylus became my absolute favorite– even in apps without pressure support. Too often when the new car smell has faded on my shiny new toy, the beer goggles finally come off and I can see all the problems I didn’t notice at first. However, I used this stylus practically non-stop for over a month for sketches, note-taking, and full finished artwork, and I’m still just as just as impressed. Let’s get straight to the details.

I tested the Wacom Intuos Creative Stylus on my iPad Mini 1. For the following example sketches, I tried my best to replicate the speed and pressure of all the strokes as consistently as possible.

Wacom’s official sketch app, Bamboo Paper, seemed like the best place to start. I was expecting it to have the best pressure sensitivity support, and I wasn’t disappointed. I tried the same doodle and stroke examples with both the pressure sensitivity off and on. In the little face doodle, you can see the difference felt like drawing with a ink pen vs a pencil. Also note that when the sensitivity is on, the opacity/speed interpretation is different.  I started the line slowly and softly from the top and sped up & pressed harder near the bottom. On the crayon stroke in the left example, the opacity is higher with slow speed, while on the right it’s lighter with the light pressure.

Paper is generally my go-to app for sketching on my iPad, so I tested it against the other stylus in my life: The Pogo Connect. (Note: I was using the original Blue Tiger edition, since the newer one has issues with the iPad Mini.) Since Paper didn’t have support yet for the Wacom stylus, I tested the Pogo with and without its pressure sensitivity on.

This is where I was impressed the most: Starting at the same point/speed/pressure for each stroke, it was clear that the Wacom Stylus’s strokes were detected sooner by the tablet. Normally I would assume it was a difference in pressure sensitivity levels between products, but in this case this was happening even with the pressure off.

Even with the Pogo Connect’s pressure on, the results were less than desirable. Notably, this could be simply part of the bigger iPad Mini support problem… but even on a level pressure-less playing field, the Wacom came out ahead.

Also, this is where I realized that the Wacom stylus could be detected even if I held it at a natural angle. With other styluses, I find I have to hold them a bit differently to really register. Instead, drawing with the Wacom felt more natural to how I normally draw.

The final test was in the pro-level painting app, Procreate. Once again I tested against the Pogo Connect, but this time there was pressure sensitivity support for both. (Keep in mind that this tested was conducted with the default brush settings. Results would probably improve if adjusted for each stylus.)

Below you can see that with the pressure support, the Wacom stylus has a huge range of sensitivity levels. The behavior for some brushes was a bit odd, but it might be a dev issue. Since the support was excellent in Wacom’s own app, it seems that Procreate’s support is in need of some tweaking: The opacity could use a more gradual change, and some light presses aren’t detected easily.

I am really, really surprised at how much I enjoyed using this stylus. I haven’t had the battery die on my yet since early November… and that’s even with using it everyday. The construction of the stylus itself feels like quality, and I still haven’t had to replace any of the tips. (Which, when a product comes with extra tips, I assume I’d go through them like TicTacs. Nope!)

Some example drawings made with the Wacom Stylus in Paper:

In comparison to the Jot Touch (first edition) and the Pogo Connect, this is by far the best stylus I’ve used. I’m sure developer support in third party apps will improve in the near future, but even as a “regular” stylus it’s been an absolute pleasure to use. I’m really impressed by Wacom’s long-awaited jump into this space, and now I can’t wait to see where they take this technology.

Consider me a fan now.

Thanks again to DMALA! If you’re not already attending their free monthly meetings, then you’re missing out.

Digital Media Artists / Los Angeles (DMA/LA) is an association for professionals creating imagery for video, film, and other media using desktop tools. MGLA was formed in August 1997 through the merger of several previously-existing groups. DMA/LA is an extention of that – continuing in 2008. DMA/LA’s area of discussions are not restricted to a specific hardware or software solution, understanding that an artist often has to employ 2D, 3D, and other digital tools to realize their vision – and that artistic inspiration can be universal.

A ridiculous amount of caffeine was consumed in the process of building this project. Add some fuel if you'd like to keep me going!